For the first time in years, I watched another South Korean television series! I could be late for this but better late than never. LOL.

Thank goodness this is just a 12-ep long TV series because I was still the same person I feared I’d be when watching TV series, ha!

The reason why I don’t want to commit to watching TV series was that I knew I’d get addicted and I’d compromise too many things just to finish the series as soon as I can. I can just imagine how I was able to complete this series in 2 days!
If not for Dane, I probably won’t still be able to commit to this.

I won’t share the synopsis and the names of the actors here simply because I just can’t remember their names! Additionally, Google has all the information you need about the production, actors, and summary about this series so there’s really no need for me to do that but here’s the link if you need it: https://en.wikipedia.org/wiki/Confession_Couple

So, here’s my story…

A friend of mine told me to watch it and bet that I could relate to it 100%. Before that, I already had interest in watching it (but again, remember I’m afraid of commitments with K TV series, right? Let’s not forget that as that plays a great role here, haha).

So instead of watching it, I told Dane to watch it instead.

A few episodes after and he was hooked! He insisted that I watch it too.

Dane and I pretty much like the same movie/TV series genre so if he recommends it to me, I’m almost sure I’d like it too…

So, I turned on my lazy mode and started watching the series. Yes, I let Nate play with his phone so I can have my moment also, haha! 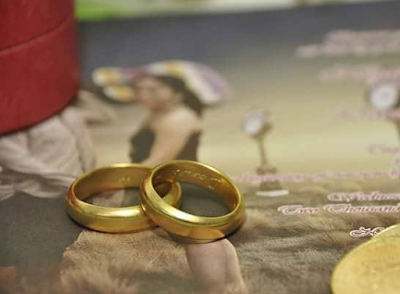 The first episode already got me so I already knew I’m gonna be a Kdrama victim one more time! I watched it until I’m done and over with it. And oh, I cried buckets! Literally, a bucketful of tears! Dane was just laughing but he admitted he cried so many times also. We had a few sessions of discussion about it and I’ve moved on…

Guess what, he re-watched the series! I kennat! haha.

He Googled the actors, listened to the OST and so much more. I laughed at how hooked he was.

Ok, enough ‘coz he might kill me if he reads this, lol.

After watching, I told myself I’m really going to blog this one but it took me weeks to do it. But here it is now so I can finally take it off my “to do” list. Here’s a list of what I love about this series.

For those who haven’t watched it yet, Confession (or Go Back) Couple is a story about a couple who are not having a healthy marriage that they decided to get divorced. After wishing they haven’t known each other at all and throwing their rings, they were taken back to the time when they first met. This is where it gets exciting.

So, again, here are my self-reminders after watching this KDrama. There could be spoilers here so if you wanna watch it, might as well watch it first. 🙂

1. A wedding is not an end but a beginning of another journey.

Most of us love weddings. Seeing two people commit to spending their lives together forever is heartwarming.

But we all know that a wedding is just the beginning of a bigger picture – the marriage. And marriage can become shaky, stressful and super challenging at times. Unlike weddings, marriage is not always a life in Cloud 9. Each day is a struggle to keep the relationship going.

A simple misunderstanding can lead to grudge and hatred if ignored.

2. Let’s love our parents while we still can

In this series, the main actress’s mom already passed away so when she was taken back to the past, she made sure to spend as much time with her mom as she can, to make up for the things that she was unable to do for her mom when she was still alive. 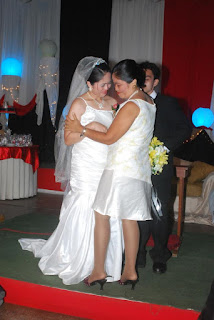 Some scenes that got me smiling were when she was just staring at her mom in disbelief that she’s with her, to the point that her mom thought it was creepy. She bonded with her mom, slept with her and hugged her as often as she could.

Who wouldn’t remember their moms off of those scenes anyway? It’s been more than 10 years since I live away from home already so yeah, I miss my nanay and tatay also.

It’s funny how they cover up their feelings with hatred for each other. They were in denial but it’s pretty obvious they’re jealous and still love each other. In fact, the reason they were back in the past was that they wished they haven’t known each other anymore. Only shows that no matter how you avoid it, the person you’re meant to be is still the person you’re meant to be with for the rest of your life. 🙂

4. Parent confession: no matter how much you want to enjoy time away with kids, you just can’t anymore

Parents want some sort of “me time” every time. Exhaustion from parenting, adulting, and all the household chores make you want to escape from life sometimes and just have fun.

Well, you can get that, but not for long. You’ll miss your kids, yeah…big time!

5. The importance of speaking the right love language

I already blogged about The 5 Love Languages in the past and this Kdrama just reminded me yet again of the importance of speaking the right language. The actress was so down, she wanted her husband to be her crying shoulders. She wanted him to empathize with her and be her pillow. The actor, on the other hand, wanted his wife to stop sobbing so he tried to make her happy by showing that he’s happy (even though he’s not).

She misunderstood it and felt that he didn’t care about her feelings at all. Major miscommunication because of not speaking the right love language, or worst, not speaking at all.

6. Sometimes, we’re too focused on our pain.

There are times that we are focusing too much on our pain that we didn’t notice the people who love and care for us anymore. It’s OK to deal with pain but it’s also important that we still see people’s love for us because that love will help us get through the pain.

For a married person like us, this series is really a helpful reminder to always check on each other and communicate often. I had a good cry over this movie, it’s funny I how I can totally related to it.

There you have it – my 5 major self-reminder from the Kdrama series Confession Couple. But at the end of the day, not all of us will have second chances. We must show love and affection to the people we know now, ‘coz tomorrow, very well, might be too late.

One Reply to “What I Can Say About Confession Couple”